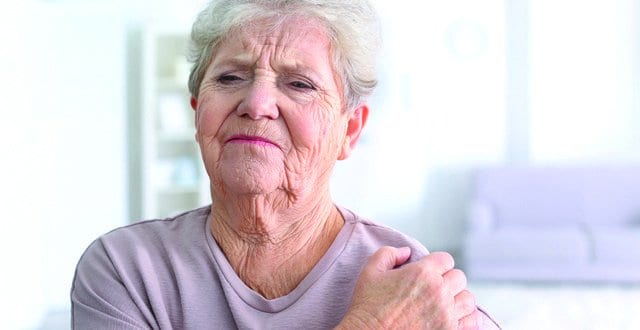 Chronic pain, in particular spinal pain, is effecting enormous amounts of people worldwide. One-in-five people suffer from chronic pain in Europe. In Ireland, anywhere between 13 and 18 per cent of the population are reported to be living in chronic pain.

Most public attention is focused on cardiovascular diseases and cancer related issues, as these two diseases are the main causes of death in western society. Chronic pain does not cause death directly, therefore this problem has not been highlighted for a long time. One of my patients had suffered for more than six years with severe central neuropathic facial pain after two intracranial haemorrhages and a craniotomy. When I said to her that it was great her life had been saved and she had practically fully recovered without any motor neurological deficit, she quietly replied: “If I knew what pain I would have to live in, it would have been better that I died then. I can’t go on like this anymore….”

The lack of understanding and lack of medical education in chronic pain have both been significant obstacles. However, the problem of chronic pain could not go ignored in developed countries any longer. The strain on the economy continued to increase and, according to Andersson G (‘Epidemiological features of chronic low-back pain’. The Lancet, 1999), the estimated cost of back pain alone in the UK was around £12.3 billion pounds sterling. Back pain is the second leading cause of sick leave in Europe.

The first comprehensive survey on chronic pain was published in 2006 in the European Journal of Pain by H Breivik et al, entitled ‘Survey of Chronic Pain in Europe: Prevalence, Impact on Daily Life, and Treatment.’ It covered 15 European countries and Israel. In this survey it was shown that 19 per cent of all responders (more than 46,000 people were included in this study) were living in pain for more than six months with pain attacks several times a week and their pain score was five out of 10 during their last episode of pain. For those who were aged above 70 years old, one-third had chronic pain. Of the people that were reported to be sufferers, 66 per cent had moderate levels of pain with pain scores between five and seven out of 10, and 34 per cent had severe levels of pain with pain scores of eight to 10 out of 10. A total 54 per cent of pain sufferers reported intermittent pain when 46 per cent had suffered with constant pain. Nearly 60 per cent of all individuals living in pain were suffering for two to 15 years.

As a result of chronic pain, quality-of-life is significantly affected. Twenty-one per cent of all sufferers in this study were diagnosed with reactive depression because of their pain. More shocking results were shown to be the effect of pain on the ability to work and on its impact on people’s careers. Almost one-in-five (19 per cent) of those who reported suffering chronic pain had lost their jobs because of pain. The majority (61 per cent) reported significantly reduced ability or were not able to do any work outside the home, while 13 per cent of all pain sufferers had to change their job due to pain. Two-thirds of responders had visited their physician between two and nine times in the last six months.

A similar study was done in the US and published in the Journal of Pain in November 2010. This survey had 27,035 respondents. The rate of pain sufferers in the sample was nearly 31 per cent. It showed that prevalence was higher for females than males (34.3 per cent versus 26.7 per cent). Prevalence is increased with age and similar tendencies were observed in the European study. Primary chronic lower back pain in the general population was 8.1 per cent and primary osteoarthritis was 3.9 per cent.

The problem of chronic pain has existed for the entire length of human history. Nevertheless, the first person who raised the issue and clearly formulated the problem in modern history was Dr John J Bonica in the US in the 1940s. It was he who stated that none of the then existing medical specialties had the answer or solution for thousands of patients with chronic pain conditions. The problem became particularly apparent after World War II when injured survivors suffering from persistent pain were seeking medical care. The first specialised pain clinic was organised by Dr Bonica in Tacoma General Hospital in 1947 and then in the University of Washington in 1960. The principles of a multidisciplinary approach were formulated in his book The Management of Pain in 1953. It was clear that we have a major insufficiency of knowledge and that there is a massive lack of understanding of the mechanisms of chronic pain conditions. Effectively, Dr Bonica initiated the new trend in medical research that focused on chronic pain by founding the International Association for the Study of Pain. This was when pain medicine emerged as a specialty.

It terms of research, we still have more questions than answers. The mechanism of developing chronic pain and pathophysiology are not clearly understood. The genetics of pain is one of the main focuses in current research. The role of specific substances and receptors as potential therapeutic targets have been identified. These include substance P, serotonin, NMDA receptors, calcitonin gene-related peptide, vanilloid receptors and noradrenaline receptors. However, there are no pharmacological agents with ideal profiles that could provide definite solutions.

Modern pain practice is based on principles of a multidisciplinary approach in direct liaison with spinal surgeons, rheumatologists, neurologists, orthopaedic surgeons, etc. This allows us to provide in-depth assessment and investigation to identify and treat accordingly any potentially reversible causes of pain. However, when a definite cure is impossible and/or we are dealing with established persistent neuropathic pain and when the pain has developed as a disease, the goal is to find the most appropriate and effective management for the particular patient in question with a view to improve quality-of-life.

These approaches may include optimised pharmacotherapy, targeted injections using XR guidance, heat lesioning radiofrequency denervation procedures, pulsed radiofrequency treatment, platelet-rich plasma injections and a number of techniques using electrical neuromodulation therapies including implantable neurostimulators. All of these should optimise the condition when the patient will be able to do rehab programmes guided by a pain clinic physiotherapist with special expertise in chronic pain. Clinical psychologists specialising in chronic pain are involved in providing cognitive behavioural therapy (CBT) and pacing activity as well as helping to develop a ‘back to work’ plan for the patient.

If we look at the results of European studies, up to one-third of all pain sufferers were not getting treatment at all. Half of pain patients were taking non-prescription analgesics on a regular basis and 55 per cent reported uncontrolled use of NSAIDs. At the same time, studies from the late 1990s reported around 400 deaths in the UK and up to 7,000 deaths in the US per year from gastrointestinal (GI) complications related to NSAIDs. That predominantly included GI bleeding and, to a lesser extent, perforation. Up to 13 per cent of pain patients use weak over-the-counter opioids. Two-thirds were taking medication prescribed by a family doctor and 44 per cent were using NSAIDs, 23 per cent used weak opioids and 5 per cent were on strong opioids. Despite all of the medication, 40 per cent reported that their pain was managed inadequately.

The interesting fact was that despite the availability of specialised pain clinics in the studied countries, only 2 per cent of patients living in chronic pain were currently treated by pain management specialists.

Adequate pain management and relieving severe pain has to be viewed by society as a basic human right. We are still very far from answering many of these questions and we are still facing significant challenges with many patients suffering from chronic pain. However, modern modalities should be available to all who live with chronic painful conditions. It is our duty of care to alleviate pain and suffering. Further improvement in medical education on all levels – undergraduate, postgraduate and continuing medical education – should increase the awareness and understanding of chronic pain. Public awareness of this problem will help to create a better environment for the further development of and better access to such services.

This article is also published on the themedicalindependent site click here to read.